We went to Smorgasburg for brunch. It’s all kinds of food vendors and some craft vendors in a courtyard setting. It was hard to decide what to eat since there was so much too choose from and so many things out of the ordinary. We had an appetizer of lobster nachos from Lobsterdamus then went with the booth with the longest line and biggest portions – so it was pastrami sandwiches from Ugly Drum for lunch. So good!

Next stop was the Grove for a little more retail browsing. Some of the many stores were closed for the Holiday but there was lots to roam around and see. We didn’t ride the little cable car but it was going strong. Its a lovely complex of upper end stores. It kind of looks like a Disneyland for grown ups. 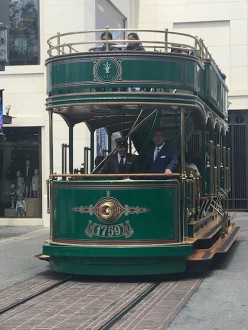 The statue is the Angel of Travelers – I liked that!

We headed to West Hollywood that evening to go to Drag Queen Bingo at Hamburger Mary’s. But alas – it was cancelled due to the holiday. They apologized by giving us free tickets for the following Tuesday so we decided to stay and have some of their famous burgers. So it was Kobe beef and a leg full of peach cocktail deliciousness for me! The restaurant and bar was cool and funky and even had a disco ball in the restroom. Its’ all about “Eat, Drink, and be Mary.” It was a fun and quirky family night out! 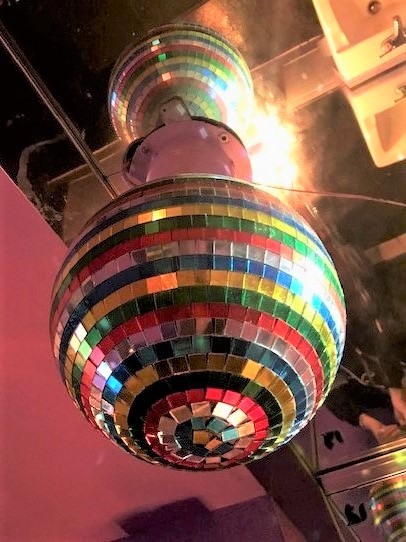 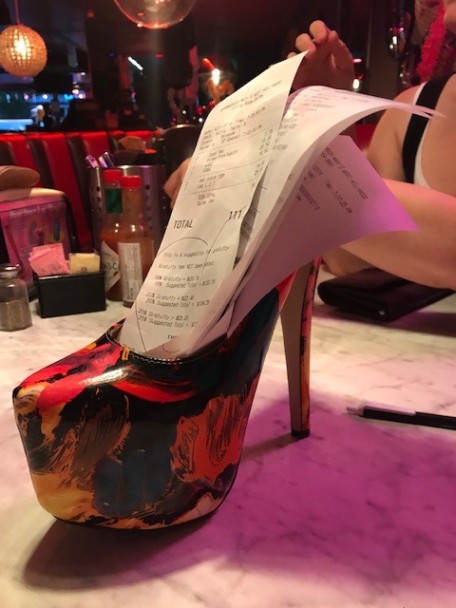