July 13th, 2017
JP was up early and evidently the early bird does get the worm!  He caught a couple of nice trout and had a great morning on the river. Later in the day we took a short hike up to Holter Dam and bait fished there for a couple of hours. JP caught a yellow perch and that was about it. It was much hazier today. It was a beautiful evening though and the haze lifted so the since could shine through until dusk. Another good day on the river! 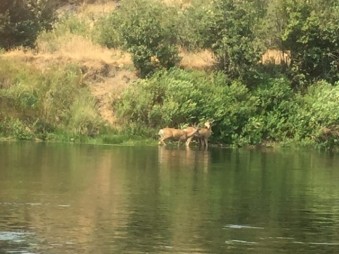