In just over two and a half hours we were in all new territory to the West. The temperatures are rumored to be sunny and warm here 339 days of the year with less than 3″ of rain a year. Yuma is also considered the most RV friendly town in America and there’s proof everywhere! We saw some RV parks that were acres and acres of RVs all set up and looking right at home! We stayed at Blue Sky Ranch in Yuma which was friendly and clean and just the right size! In the evening the pool and hot tub double as the Happy Hour hangout so it gave us a chance to visit with some of the snow birds and full timers in the park.

I was surprised at how small Old Town Yuma was. Its only a few blocks with an antique store or two, a few specialty shops, brewery and some eateries. We were there on a Monday (also MLK Holiday) so not much was open. 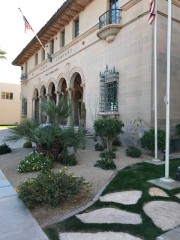 We popped into Lutes Casino (which is not actually a casino but a restaurant) and it was packed, not just with customers but with all kinds of “stuff”! We had wondered why there were so many cars downtown when the stores were closed and this hoppin’ place was the answer. 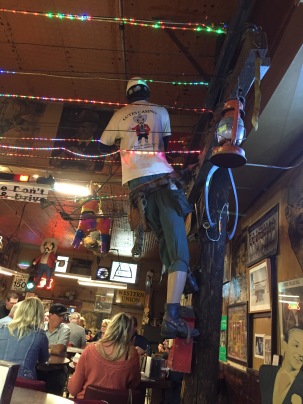 Afterwards we went to Yuma Territorial State Prison park. We spent a good chunk of time there reading all the info and checking out the grounds. The cells were 9 x 12 and held up to 6 prisoners. The prison was regarded as the Alcatraz of the Desert. There was tons of info on the inmates themselves and the whole museum was really well put together. 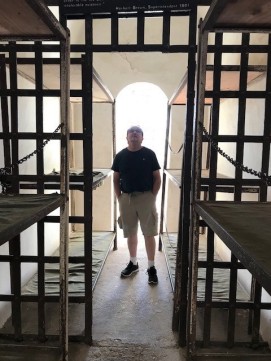 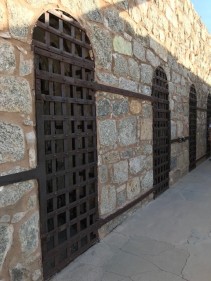 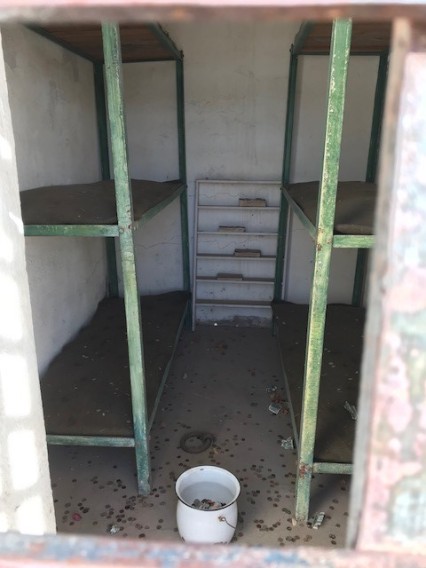 There were women prisoners as well. It seems adultery was a punishable crime as well as seduction as a sentence for men. Their cells were just about as awful as the men’s. 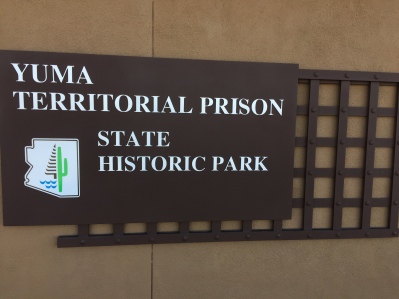 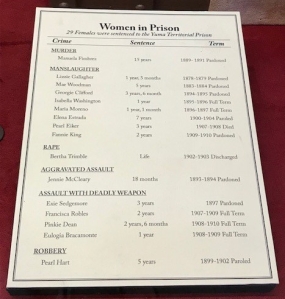 Our friends Jeanie and Randy from Surprise came over to Yuma with our other new friends Shirley and Gary and stayed at the Quechan Casino and Resort in Winterhaven CA ,which is just a hop skip and a jump from us. We had dinner at the casino with them and our other new friends – Patty and Dale. A whole crew from the Valley! We played a bit at the slots and I came away with enough of a win to pay for another casino visit – its always more fun to play with their money! 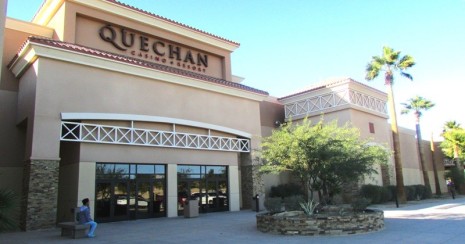 The next day the eight of us headed over the border to Algodones Mexico. It really wasn’t too busy and the weather was perfect. The girls shopped and the fellas had beers and visited. We shopped the liquor store and pharmacy for some steals and window shopped the immense array of jewelry and just about anything else you could think of! Patty and Dale are regulars in town so they were great tourist guides. 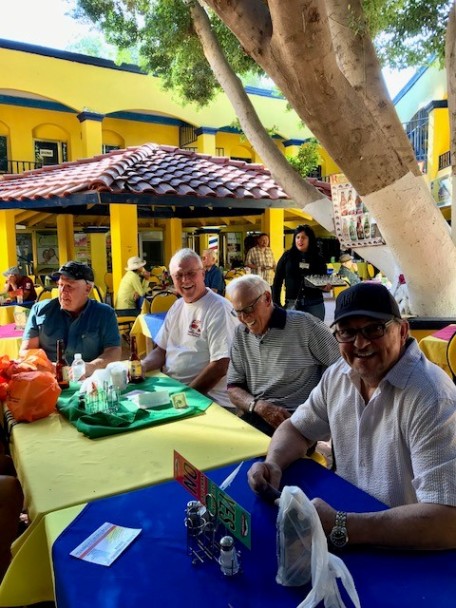 We had an awesome lunch with a killer grande margarita! Dale is a musician and singer (as well as a regular) so he took the stage and sang along with his friend. Patty had Jeanie, Shirley, Gary and I crowd around Dale for a photo op. We weren’t the kind of back up singers they probably hoped for but it was fun. Once we were back in the USA we grabbed dessert at the casino and gambled a little before calling it a night. It was a great day! 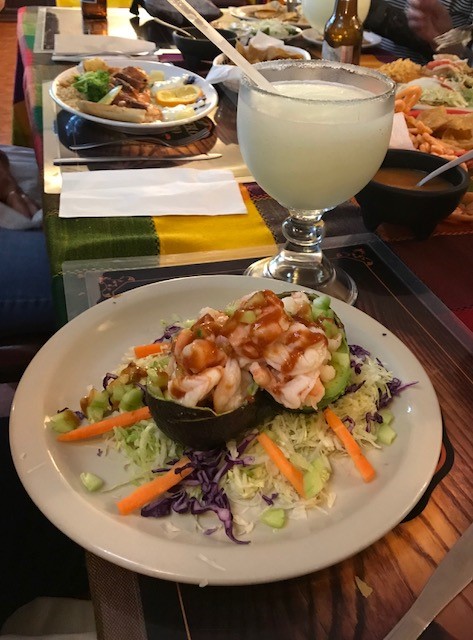 The gang met up on Thursday to go to the Yuma Market Place. It had just about anything you would need – but we were mostly just looking since none of us really needs all that much anymore. We spent a couple hours and then said goodbye to Jean and Randy and Shirley and Gary until we come through Surprise at the end of February. 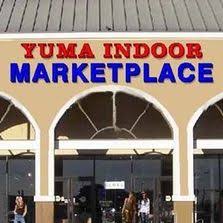 Afterward JP and I took our winnings to Cocopah Casino where we had lunch and played for most of the afternoon and yet… still left with casino money! They kindly gave us a free meal so we had to return the following day for breakfast and a bit more gambling.

It was a fun stop from start to finish. We head to Tempe next and after that we aren’t quite sure yet. It will be hard to leave this perfect weather!

Side Note: There have been over 65 movies shot in the Yuma area since 1913. Here are just a few: